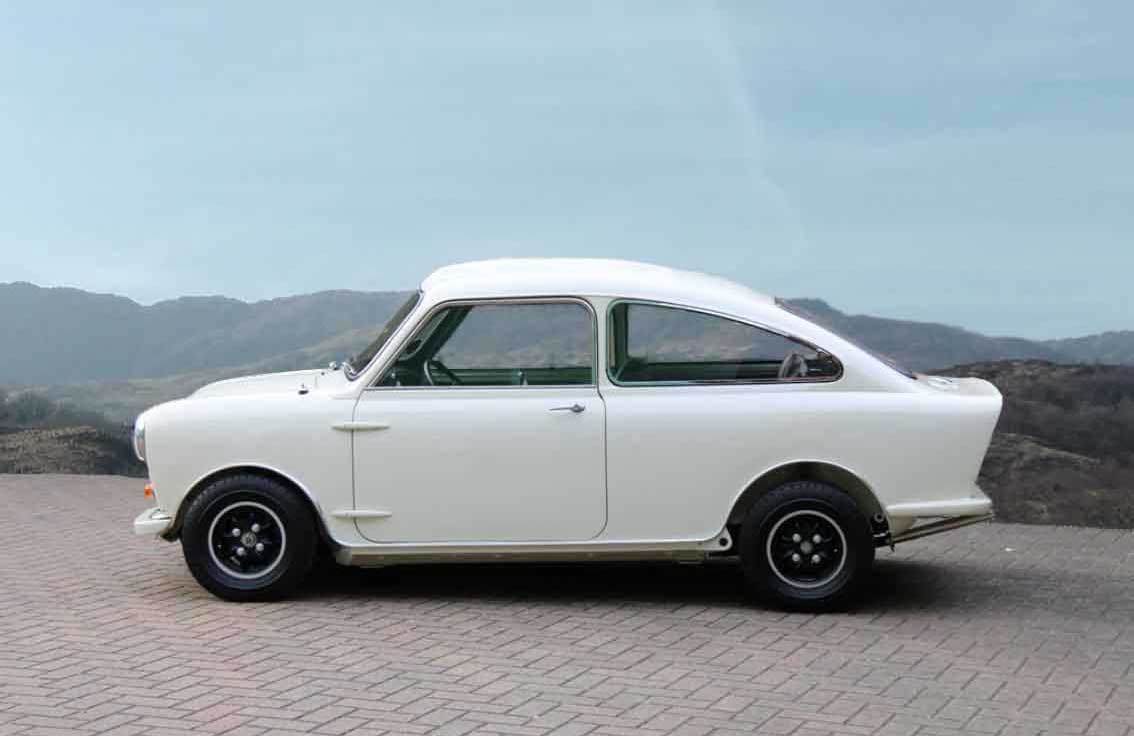 There has rarely been a product that someone, somewhere, didn't think that they could improve.

The BMC mini was one of the most innovative car designs ever. It's lightweight and space saving design made it one of the most popular cars in the world at the time, setting the standard for innumerable small car designs for years to come. It was fast as well, particularly the Mini Cooper variants.

Could it be made to go even faster however? Ralph Broad, of car tuning company Broadspeed, certainly thought so. This was a company which really knew it's business; Broadspeed tuned Minis regularly beat factory prepared cars when they raced together.

Together with his sales manager, Tony Bloor, Broad concluded that a fastback conversion would give it an edge over the conventional Mini shape. They created the Broadspeed GT in 1966 by chopping the back off a standard Mini, and replacing it with a fibreglass fastback section; the roofline was lowered as well as ground clearance and the boot lid was done away with in order to make the car more aerodynamic. A choice of engines was provided, from 848 cc right up to a 1366 cc race tuned unit that allows the car to even outpace AC Cobras on some racing circuits, and which was unofficially clocked at 145 mph.

Apart from modifications to the body, the engine and the exhaust system, the internal layout was redesigned with extra carpeting and soundproofing to take the car more upmarket. The standard front seats were replaced with bucket seats and the rear seat with smaller ones to give a 2+2 configuration; these back seats could be tilted forward to give access to the boot. This was much reduced in size to make space for twin fuel tanks.

This was not of course a completely new car, merely the ultimate in customisation, and production of it was never going to threaten the domination of BMC! Over two years it was in production an estimated 28 cars altogether were sold. There may have been more but the company's Birmingham factory was listed to be knocked down, since it was in the way of a proposed road extension.

However it was a brave attempt to offer a car with the performance of a much more expensive sports car at a far lower price. Unfortunately most of the owners treated it as a cheap car and not an asset to be cared for so there are few, if any, remaining in existence today.