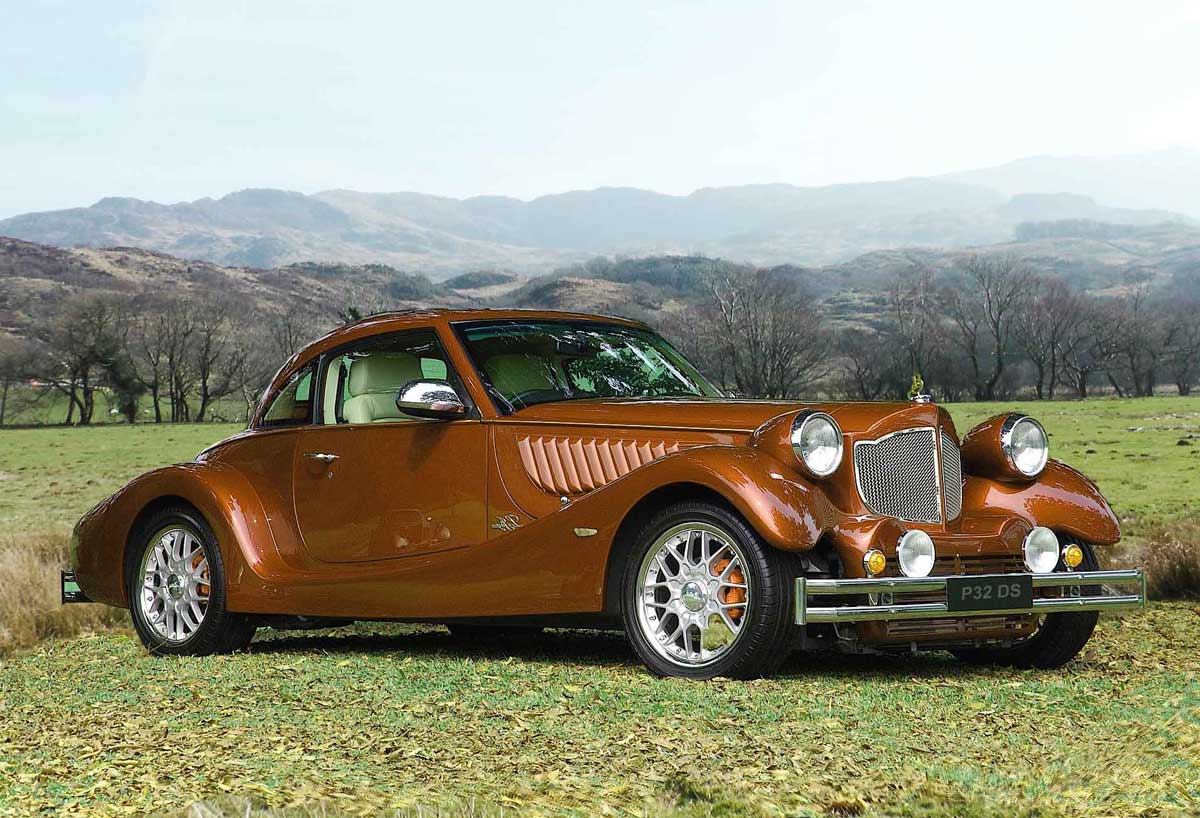 In the early days of car manufacture small companies sprang up producing fairly small numbers of handbuilt cars. Some of these survived and grew to be major manufacturers but the majority fell by the wayside since they couldn't compete with the buying power and economies of scale of the larger companies. Mass production techniques came along and that was the end of the small specialist. Or was it?

Back in 1986 an Australian named Gerry Khouri decided that he would like to build some cars for himself and his two brothers. These were to be based upon 1930s American designs but built using modern techniques and materials. The cars he built created such a stir that they decided to go into business manufacturing them; but what to call the company?

They looked at the cars and decided that they were:


These gentlemen obviously were poets as well as engineers. They decided to take the first letter from each characteristic which gave them the name Bufori.

In 2004 the La Joya model was the fifth one that they brought out. 'La Joya' is Spanish for jewel and, never to be accused of making understatements, the brothers announced that it was the most luxurious and unique car in the world. That is probably open to some debate but this car is undeniably both luxurious and unique. Imagine silk carpeting from Persia; a dashboard in polished walnut; instruments plated with pure gold. Precious stones mounted within the cabin were an optional extra!

There was no stinting in the design of the body and mechanical parts either. This two seater featured masses of Kevlar and carbon fibre; the 2.7 litre V6 quad cam engine produced 172 brake horsepower giving a top speed of 137 mph with acceleration from nought to 100 kph of 6.7 seconds. The engine is mounted just forward of the rear axle; this balances the weight of the car nicely giving not only sparkling performance through the rear wheels but good handling characteristics too. This was helped by tectonic transmission and all round independent suspension. To bring the car right up-to-date it was fitted with an anti-lock braking system, electronic brake force distribution, cruise control, traction control, a tyre pressure monitoring system and Bluetooth.

The company is still in business manufacturing an estimated 300 vehicles every year; each one is handbuilt in Malaysia and can be customised to a buyer's exact standards. There is obviously still a market for individual cars to be exploited by those with the flair and imagination to create them.